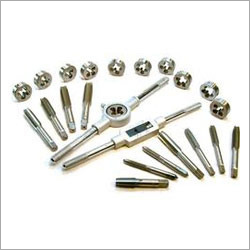 Threading Taps
Price And Quantity
Product Description
Banking upon our market understanding, and well known experts, we have ranked ourselves as a trusted Distributor, Manufacturer, Exporter, Importer and Wholesaler of Threading Taps. These are made under the stern supervision of experts as per IS, ISO, DIN, British standards in all thread forms and pitches. Hence, Threading Taps of our company are extensively in demand.

Other details are as follows:

Hand or machine tapping for through holes and blind holes where ample chip clearance is available. The lead chamfer permits easier starting and requires less tapping torque than bottoming taps.

Tap designed with spiral flutes in the same hand as the thread.  This directs the swarf backwards out of the hole. Recommended for blind or deep hole applications in soft (eg. Aluminium) materials. Due to the suitability blind hole tapping the lead chamfer is normally that of a bottoming tap.

Designed primarily as a machine tap for tapping through holes. The Spiral Point is formed in the lead teeth at an angle to the tap axis. The swarf, due to the cutting action, is pushed forwards ahead of the tap. The flutes of the spiral point tap serve only to deliver coolant to the cutting edges, therefore much shallower flutes are used.  Subsequently the tap has greater strength and makes precise tapping possible.

Not recommended on abrasive materials :

Note: In order to suit the requirements of the customers, we manufacture them in time bound manner. 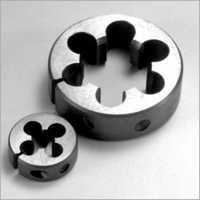